The history of Egypt through its monuments

by Matthews
in Information
0

Lovers of art and history will find Egypt to be everything they’re looking for. Besides the famous pyramids and world-famous tourist sites like Giza, Abu Simbel and Dendera, the land of the pharaohs hides a large number of lesser-known treasures that are worth admiring. If this piqued your interest to explore these places yourself, remember to first apply for the mandatory Egypt visa.

Luxor: the archaeological epicentre
Luxor is one of Egypt’s most historically important cities and lies on the site of the ancient city of Thebes, which was the capital of Egypt during the Middle Kingdom (2050-1750 BC). The centre of Luxor, situated on the banks of the Nile, is the famous Temple of Luxor, a complex built under Amenhotep III and Ramses II. Also famous are the temples of Karnak, Egypt’s most visited archaeological site after the Pyramids of Giza. On the other side of the Nile is another popular site, the famous Valley of the Kings. Less well known is the neighbouring Valley of the Kings, where the tomb of Nefertari, one of the best preserved tombs in Ancient Egypt, is located. The mausoleum is covered in colourful paintings and mystical scenes dating back more than 3,000 years, and was closed to the general public until 2016 to prevent decay.

Luxor still has many hidden treasures. The most recently discovered was the 3000-year-old “lost golden city” found under the sand (excavations began in September 2020). It is described as the largest ancient city discovered in Egypt and one of the most important finds since the discovery of Tutankhamun’s tomb. 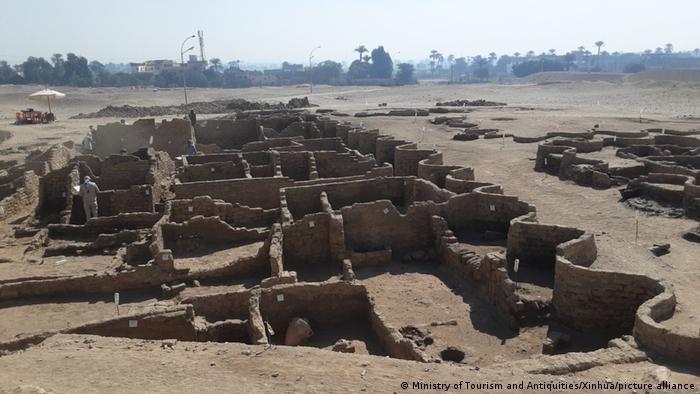 Alexandria: Treasures under water
Although it is generally believed that Egypt’s most important archaeological treasures lie on land, in Alexandria they lie under the water of the Mediterranean Sea. A series of earthquakes submerged monuments, temples and parts of the city. The most famous of these is the Pharos, a lighthouse that belongs to the Seven Wonders of the Ancient World and collapsed in 1303 AD after an earthquake. Other highlights are Cleopatra’s famous palace and the underwater cities of Thonis-Heracleion and Canopus.

However, these places are not very accessible to tourists, as official tours offer short dives, depending on the sea conditions (sometimes with strong currents and turbidity), through which some columns, amphorae, resorts of ships and other small sunken structures can be seen. Since the beginning of 2016, European museums have offered complete exhibitions featuring some of the pieces rescued from these submerged treasures, as is the case at the Rietberg Museum in Switzerland. Last June, these relics were returned to the Museum of Antiquities in Alexandria.

Egypt visa application before departure
Anyone wishing to visit the well-known and lesser-known historical sites to immerse themselves (literally, in the case of Alexandria) in Egypt’s history, should apply for an Egypt visa before departure. This Egypt visa application form visa can be applied for with a digital form</a> and allows you to stay in the country for up to 30 days during the 3-month validity period. Enough time to visit several temples and all the cultural and historical offerings of Egypt!

Black Friday Home Store – add it all to your Christmas list

How to Activate Capital One Card at platinum.capitalone.con/activate

What is FBISD skyward – How To Login And Access